WSMP. Is it on the scrapheap or is there still life?

WSMP. Is it on the scrapheap or is there still life?

ACC is doing a “run-off” of the WSMP Audit after March 2017. Does that make the audit completely obsolete? Or does it still have something to offer?

What did WSMP do well?

Excuse me using the past tense in that heading above, but WSMP is as good as history now. Sure, as an ACC product, it isn’t completely gone yet, but it’s certainly riding into the sunset. ACC have said that it brought no real improvements in accident claim rates. It was also seen as “administratively burdensome” by employers. So from that point of view, it has been given the kiss of death in terms of its original purpose. What it did do however, for the last 16 years, was to provide us with a structure on which to hang a safety management system.

Acts, regulations and standards don’t do that. They describe the outcomes that are required and the areas that need to be covered. Rarely do they give us a template, except to provide a few tools and describe processes.

Another thing WSMP did well was to provide a progressive form of implementation. Sort of Bronze, Silver and Gold, if you will. I think that was a very good thing if you wanted to start simple and step up later. Certainly better than having to bite off the huge chunk of an international best practice standard all in one go. That’s why I describe WSMP as a vehicle. Like getting a car already assembled instead of a set of concept drawings. All you had to do was learn how to drive and maintain it. It took a lot of the thinking out of it for employers. It provided them with a recognisable system. This was valuable if they didn’t already have one, or needed to spruce up their old one.

And of course, New Zealand is now full of safety manuals and templates based on WSMP. Many are self-styled or modified systems created by employers. Others have been created by safety consultants. Why has this happened? Because ACC’s WSMP was really the only show in town. It largely captured “the market”. With AS/NZS 4801 built-in (albeit in a very modified form), we had something with credibility and practicality. And it was free!

What didn’t WSMP do so well?

There were a few things. First, ACC only intended the audit to be a verification of systems and processes. An auditor is almost obliged to accept documents. Even when they suspect there just might be a lack of real substance.

Secondly, for reasons to do with their statutory duties for compensation, ACC left some stuff out of WSMP. Both in terms of the relevant legislation and AS/NZS 4801. Notably, the full duty to ensure the safety of contractors. (The WSMP puts the emphasis on protecting employees from the hazards created by contractors). But the Health & Safety at Work Act now makes it clear that employer duties generally apply to all “workers”. That word includes contractors. If ACC had gone ahead and built that into the entire WSMP, it may have caused some headaches.

Thirdly, some WSMP requirements are not all that easy to understand. This may be because ACC had to leave options open for an employer to achieve the requirements in a way that was right for their own place of work. To some, this left a bit of confusion in understanding what ACC actually wanted.  This perhaps resulted in some employers not fully grasping the opportunity.

The talk now is about coming up with incentives that encourage employers to invest in the value of their staff. To avoid costs associated with workplace injury. ACC are already initiating collaboration with employers to come up with options that are flexible and specific to the industry. So there is a strong indication that ACC favour rewarding employers more generously for “what works for them”.  This may include better incentives for a good claims history. Imagine the extra interest this could create, and how much more safety might matter.

Should we let WSMP go as a safety system?

My opinion is: “Absolutely not!” Its days may be numbered as an audit standard but it still has value.

Here’s the thing: WSMP was not just a system that showed us how to manage day to day safety. It also gave us, (and not just in Elements 1 & 2), a means to plan, do, check & act. Continuous improvement. 10 – 20% levy discount for ticking a box may not be enough incentive to do continuous improvements really well. Given a real incentive, however, based on much larger and more focussed discounts, and the planning and review systems in WSMP could be seen in a more constructive light!

Add to that the fact that officers (directors and senior managers) are now pretty keen to ensure health and safety is properly planned and resourced. (The prospect of maximum fines to the PCBU of $3,000,000, and penalties to Officers of maximum $600,000 and/or 5 years in jail, have definitely focussed attention). Yes, if any Officers or senior managers are reading this, and your system is based on WSMP, my opinion is you could do a lot worse than to give it a tune up and keep using it for a long time yet. Even if you don’t already have a system, it still holds water.

Here’s what you can do to tune up the dusty old WSMP until something better arrives: 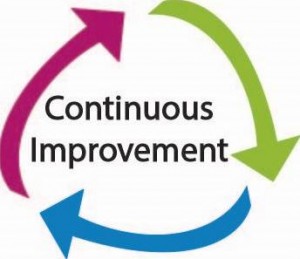 There are more things you could do, and any internal or external expert could help with the detail. Don’t throw out too much, though! It may be tempting to blow off all the planning, reviewing, self assessment, deep engagement with employees and continuous improvement systems, but there lies gold. Done properly, what may have seemed like a burden before, may be just what you need if you want to earn those incentives being mooted for the medium term future!